skip to main | skip to sidebar

Notes from the Underground - Monday edition: mandelorian comes to NY and a chakira of the Rogatchover

1) A little inspiration to start the week off right:﻿

2) Yesterday I was out of the bunker with Wife and Daughter #3.  Here's a picture of where we were: 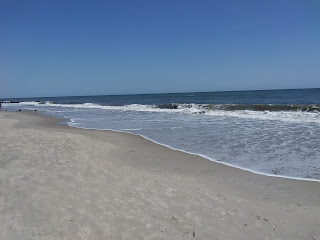 I'm afraid I cannot reveal the location and had to avoid capturing any of the hundreds of other people there in my photo because Mayor De Blasio is now encouraging all NYers to rat out their neighbors and friends who might be breaking social distancing rules.  I did not want to put anyone in jeopardy or risk having the stormtroopers police come to shut the place down.

This is a great opportunity the mandelorian bounty hunters out there.  I assume there is some kind of reward for bringing your fellow citizen to "justice."  Or maybe it works like the good ol' days of the Inquisition when you got to keep the property of the neighbor that you turn in to the authorities.  Good luck all NYers, and thank you for voting this guy in.

3) The Mishna in Bechoros has a din "ha'yotzei min ha'tamei tamei" -- if, for example, you have a chamor that gives birth to an animal that has split hooves and chews its cud just like a cow, the animal is still considered not  kosher.  The Pischei Teshuvah (Y.D. 79:2) has a lomdishe chakirah whether this din means that the animal is considered a chamor, or whether the animal is a cow, just the Torah does not allow you to eat this type of cow.  There are many nafka minos.  For example, can you use the klaf of such an animal to write sta"m on?  If you shecht such an animal, is does it have tumas neveila (shechita is not a matir on a tamei animal) or not?

Ralbag on last week's parsha writes that simanei kashrus serve to identify the species of the animal.  We know an animal born from a donkey is a donkey -- it can't be a different species than the parents it came from -- and therefore even if this particular donkey looks strange and has split hooves and chews its cud, it still is not permitted to be eaten.  This explanation seems to resolve the chakira of the P.T.  Ha'yotzei min ha'tamei is the same animal as its parent.
The underlying issue behind the P.T.'s chakira and this Ralbag is the question posed by the Rogatchover: are simanei kashrus a siman or a sibah?  Are simanim just a means of identifying what family the animal belongs to (as Ralbag indicates), or do the presence of the siman actually make the animal into a kosher animal?  (The L. Rebbe has a discussion of this Rogatchover in Likutei Sichos, see vol 3 of the English edition.)

Email ThisBlogThis!Share to TwitterShare to FacebookShare to Pinterest
Labels: shmini