skip to main | skip to sidebar

a greater miracle than the makos

I remember last time we discussed the famous Ohr haChaim about why Reuvain said to throw Yosef in a pit there were some qualms about it. The O.C. suggests that a human being who is a ba’al bechira and has free choice might be able to harm Yosef even if he didn’t deserve it. Therefore, Reuvain said to throw Yosef into a pit, because even if that pit was filled with snakes and scorpions, these creatures have no bechira and were wholly subject to Hashem’s control.

I don’t know if you will buy it any more because the Chasam Sofer says it, but here it is on this week’s parsha. 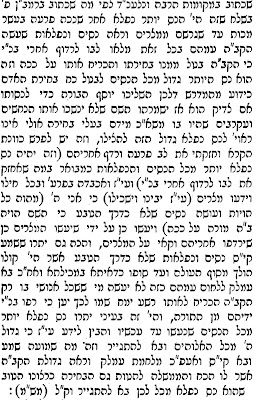 It wasn’t the miracles of the makos that convinced Yisro that Hashem was in charge -- pshita that Hashem could control nature. What convinced Yisro was the pursuit of the Egyptians into Yam Suf and the war waged by Amalek. To think even after seeing all the makos that Bnei Yisrael could be defeated is irrational; it is madness. The behavior of the Egyptians and Amalek could only be explained by the yad Hashem, in the case of the former to destroy them, in the case of the later to punish Bnei Yisrael for relaxing in their dedication to Torah. This power to override the free will of ba’alei bechira and cause them to behave in ways that contradict their own self interest is an even greater miracle than all the makos.
Posted by Chaim B. at 4:06 PM

Email ThisBlogThis!Share to TwitterShare to FacebookShare to Pinterest
Labels: yisro